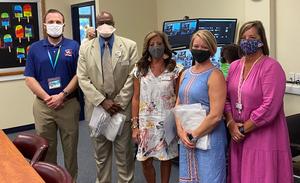 Recently, State School Superintendent Richard Woods released the 2020-2021 lists of Distinguished and Reward Schools, recognizing some of the very best public schools in the state.
C.B. Greer, Golden Isles, Satilla Marsh, St. Simons and Sterling elementary schools are among 241 public schools in Georgia to be named to the Distinguished Schools and Reward Schools lists.
The Distinguished Schools designation recognizes the highest-performing 5 percent Title I schools in Georgia when ranked according to their most recent CCRPI score, while the Reward Schools designation recognizes the top 5 percent of Title I schools making the greatest improvements.
Each school was recognized and celebrated at our September Board meeting. Please join us in congratulating them.